BUY THE BOOK ON AMAZON

BUY THE BOOK ON AMAZON >> 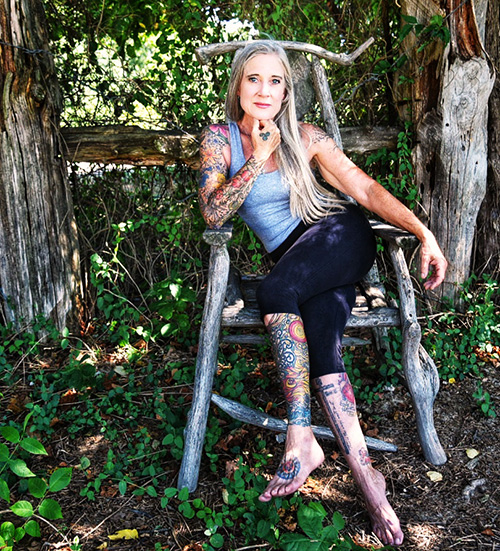 But God had another plan…

Four angels woke me from barbiturate oblivion urging me to “Wake up!” “Call for help!”

The angels’ voices pushed me forward as I dragged my body off the couch and crawled across the floor to my phone. The operator picked up and my mind collapsed into emptiness.

I left my body that night. My disembodied spirit floated weightlessly through hospital corridors. I watched from the ceiling as medics pounded on the chest of my body below me before my soul blasted back into it.

This began my tangled passage from brokenness, drug addiction, demonic oppression and death into healing and spiritual awakening. Today I am completely drug and depression free. In the two decades since my suicide attempt, Jesus has guided me into true healing from depression, and taught me to enjoy a deeply victorious life with Him as my companion.

In the summer of 2019, I read a book about meditation and decided to try it. I incorporated my Christian faith into the steps and used this new technique to seek the presence of God through silence. Meditative prayer has become part of my daily routine and has drawn me even more deeply into relationship with Jesus as I still my thoughts and rest in His beautiful presence.

Then I started having strange vision experiences in which my spirit was transported to a heavenly place full of God’s glory where I prayed for our world along with millions of other saints. The visions took me by surprise. I wasn’t seeking them. I had never even heard of anything similar happening to any other modern day Christian. I was disturbed and suspicious at first.

Over time, through months of testing and praying and searching, God slowly convinced me in the quiet, loving way He does, that I wasn’t going insane. The visions were really from Him. I learned that many other Biblically sound Christians also have visions today.

The visions continued. They were varied, included multiple locations and introductions to various characters from Biblical history and loved ones from my own life. Were the visions really happening or purely spiritual, like waking dreams? I cannot answer that. They are so vivid, often involving all my senses. They seem very real to me. But whatever the answer, one defining message clearly threads throughout all of them. God loves and cares deeply about us. He wants us to know Him and delights to teach us about His character. I was being called to join with the saints in praying for our world, for a great awakening that would draw all people to God.

One of God’s charges was that I write everything down, every vision in detail. As I did this I realized that there was a connection between the visions and my own life journey, from my early experiences of demonic oppression and suicide to eventual miraculous healing through the love of Christ. I began to understand that my visions about God’s love for us were also a message to others struggling with depression. My own story of God’s healing could be used to help others learn how to seek God’s healing presence through meditative prayer.

So I told it all… from a demonically oppressed disturbed child who also fell in love with Jesus and prayed to become a Christian at six years old… to a suicidally depressed young adult who overdosed on sleeping pills and was brought back from death in the hospital… to years addicted to prescription drugs… to miraculous healing, victorious life, and divine visions.

My healing was miraculous. But it was not instantaneous. It was a process of learning how to think in a healthy way, how to shift my thoughts and spirit life from defeat to victory. My prayer is that my journey will help others climb their way out of the trap of poisonous thought patterns and prescribed drug addictions. There are so many of us out there fighting this battle…

BUY THE BOOK ON AMAZON